5 Reasons to Study in China:

China has become one of the most popular study abroad destinations for international students because of its long history and exciting culture. In 2012, more than 320,000 students from over 180 countries came to China to study for either degree or non-degree programs. Here are five reasons to join them: 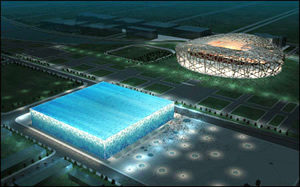 Studying in China is an excellent opportunity to explore the world’s most populous country. You will experience China’s unique blend of ancient and modern civilization, as well as its scenic beauty and bustling nightlife. Visit new places with other students from around the world who you meet, and you’ll find yourself opening your eyes not just to China, but to the whole world.

The sheer size of China’s territory means a tremendous variety of climates, cultures and landscapes await. Head northeast to Harbin to enjoy the ice festival, hit the ski slopes or just to see the water in your eyes form icicles around your eyelashes. If -25°C sounds a little too cold, then head south to the tropical beach paradise of Hainan Island and kick back in the sunshine.

Following rapid economic development over the last 30 years, Chinese cities now boast eye-catching works of modern architecture – from the towering skyscrapers of Shanghai to Beijing’s Olympic Bird’s Nest – in addition to impressive ancient structures like the Great Wall and the Forbidden City. China’s 5000 years of history has bequeathed a seemingly endless amount of tourist attractions to visit, while natural wonders of breathtaking beauty are also scattered about the country. Perhaps less well known, but equally unmissable for international students, is China’s unique nightlife made up of private karaoke rooms and extravagant mega-clubs.

For example, for non-EU citizens the tuition fee for studying at a UK university is at least 7000 pounds (about 10,000 U.S. dollars) annually. The cost of living can even reach up to 13,000 pounds. Meanwhile, the United States and Australia have the world’s most expensive tuition fees. 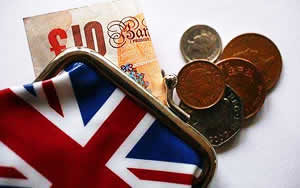 Even in other parts of Asia studying is not cheap. Japan boasts high living expenses soaring up to 1800 dollars a month, while South Korea is one of the world’s five most expensive countries for foreign residents.

On the other hand, in China, the tuition fees per semester are generally no more than 1000 U.S. dollars, a number of short-term language courses cost just a few hundred dollars. Food and consumption in China are as affordable as it gets. A good pair of jeans sells for 10-20 U.S. dollars, the bus fare only 15 cents, and a subway ticket in Beijing only 30 cents. All in all, everything is more than affordable in China; it’s cheap! Find out more about Living in China.

3. Employment Advantage
When it comes to economics, China has been the world’s fastest growing country for the past 30 years. Even during the financial crisis, China’s economic growth has maintained a level of 8%, a pace unthinkable in other countries. China’s GDP recently surpassed Japan’s to become the world’s second largest economy after the United States. The world’s top 500 companies all do business in China, with many choosing to base their Asia-Pacific headquarters in the bustling Chinese cities of Hong Kong, Shanghai and Beijing.

The current rise of China has made it very clear that people who can speak Chinese and have firsthand experience of living in China are going to have a great advantage in terms of employment. China serves as a huge market for multinational corporations, and employers are well aware that a real understanding of China, Chinese culture and Chinese people is a big plus for those who want to become the world’s next generation of leaders.

4. Quality of Education and International Recognition
China is striving to build more world-class universities, and investing heavily in higher education. Aside from China’s unique Chinese language, calligraphy, martial arts and other cultural subjects, Chinese degree programs in majors such as engineering,science, medicine, economics and trade, MBA as well as finance are highly revered. As for those who don’t know any Chinese, many universities offer degree programs taught in English, so you can earn your degree while learning the most widely spoken language in the world.

5. Experiencing the Culture Firsthand
Though it may surprise many, Chinese culture and people are extremely diverse and multicultural, consisting of 56 different ethnicities. For example, in Lijiang, in the southern province of Yunnan, twelve different minorities have dwelled together in social harmony for thousands of years, practicing an array of religions spanning from Chinese Buddhism, Taoism, Christianity, and Islam, to many lesser known ones like Tibetan Buddhism and Bimo Religion of Baiyi. 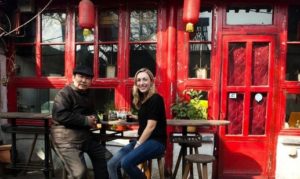 Compare that to completely different Inner Mongolia, where drinking Chinese rice wine is practically mandatory when entering the homes of locals, and whole lambs are eaten in one meal.

You’ll run into unique customs as you travel to different parts of China, but everyday life, believe it or not, will be just as new and fulfilling. Living and interacting with local Chinese and immersing yourself in Chinese society will provide you with a new way of visualizing the world and giving you the kind of insight that just doesn’t come from textbooks.

Register here to STUDY IN CHINA